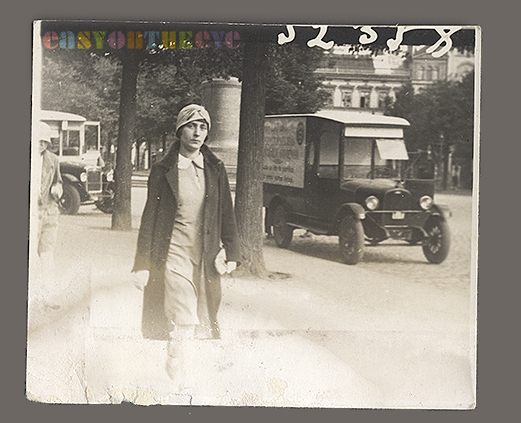 While I am interested in the walking picture trade overall, I have concentrated my research on British firms. But it was a worldwide trade, and it is worth adding to the overall picture by featuring some of the countries where walkies also thrived.  I will do this slowly as material emerges, but if you have any walking pictures taken around the world do think of scanning them for the site.

Other countries where walkies were popular or at least existed for a time include South Africa, Australia, Mexico, South America, Unites States of America, Canada, France, Latvia (where the above walking picture was taken in Riga, in 1929), Germany, New Zealand and Hungary. I will add examples over time.

These walkies are often of local people, but can include British people there on holiday, and even of serving troops on leave.